It is with great pleasure we welcome you back!

We hope our fourth newsletter finds you strong and optimistic! Time to catch up on the latest in SIEUSOIL… 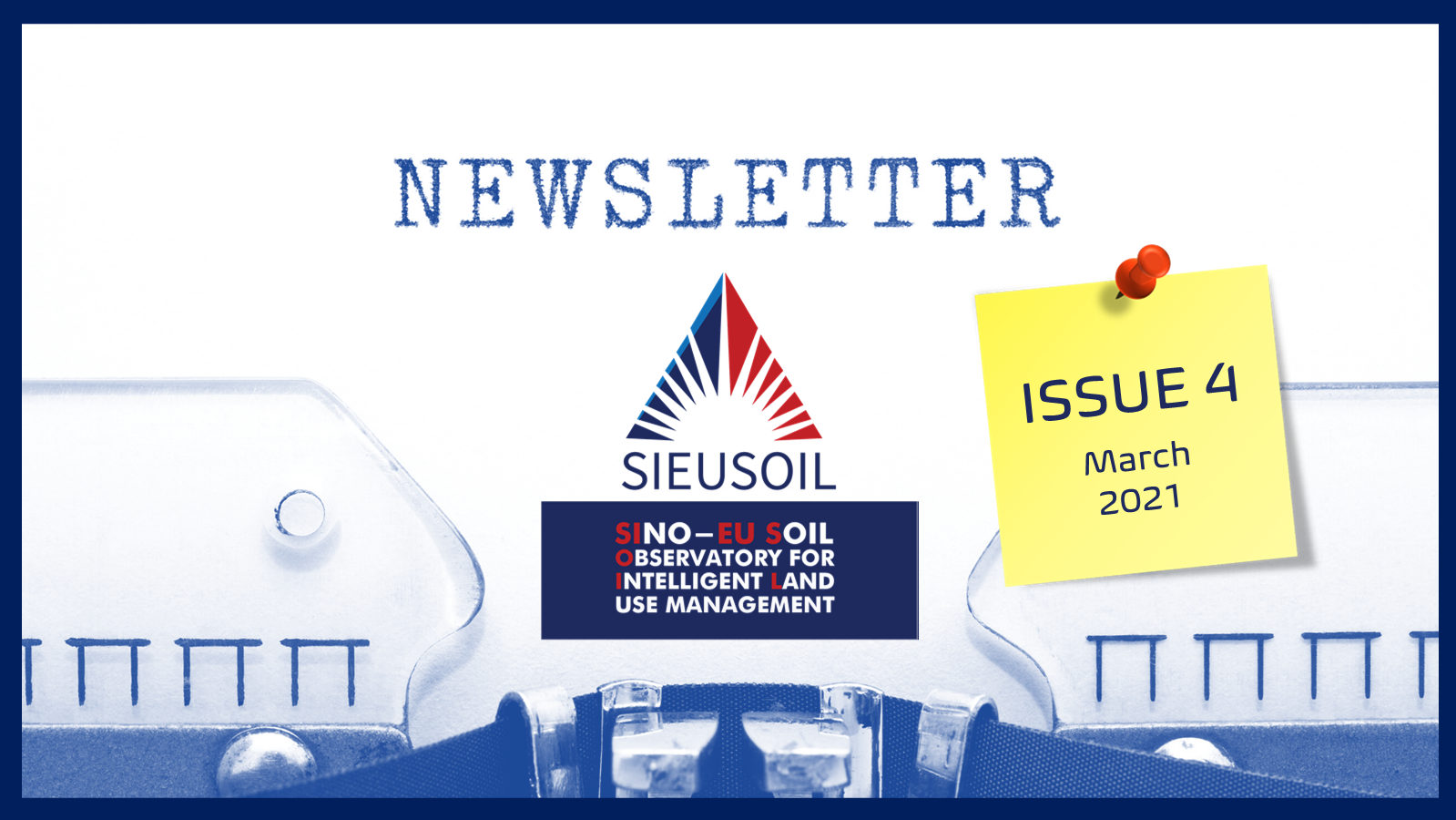 Read our progress report and get an update on our achievements over the past six months.

In the pilots’ section get acquainted with the challenges SIEUSOIL pilots are facing.

Check out our “Facts & Figures” derived from the “Caring for soil is caring for life” mission.

“In case you missed” is rich in pilots’ updates, new project videos, podcasts and journal papers of interest.

We are sharing “What we are reading” on Artificial Intelligence in Agricultural Markets, and an update on important upcoming events. 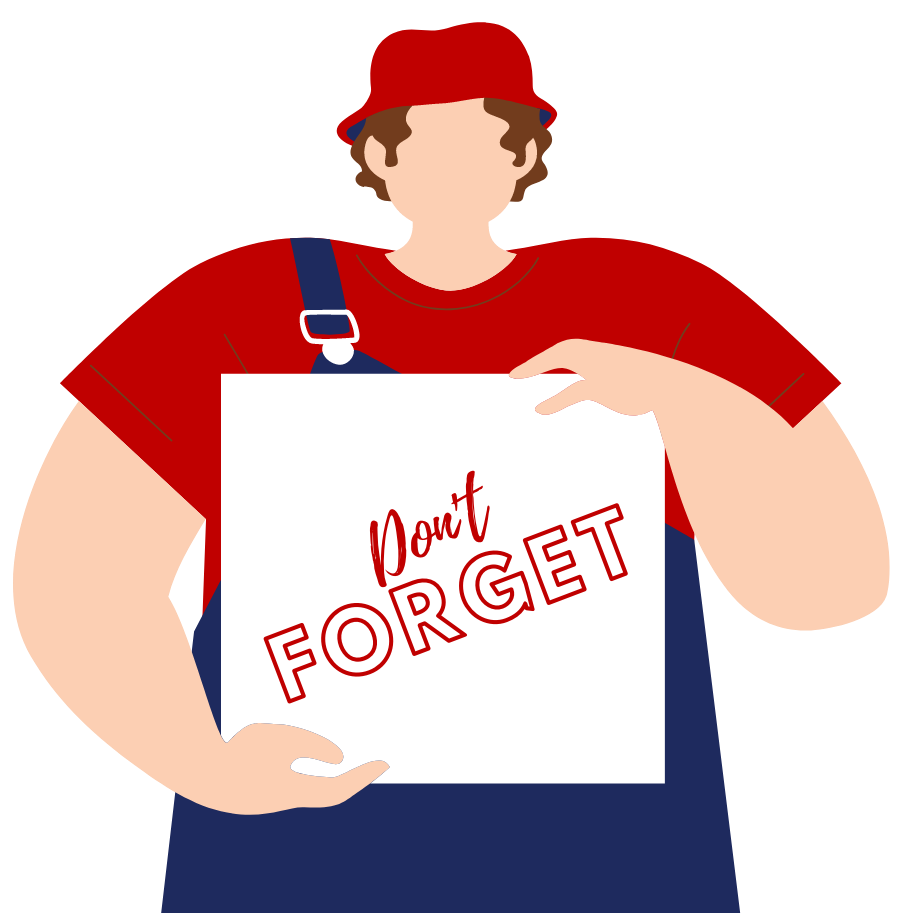 …to visit regularly our website and follow us on social media to catch up on SIEUSOIL progress! 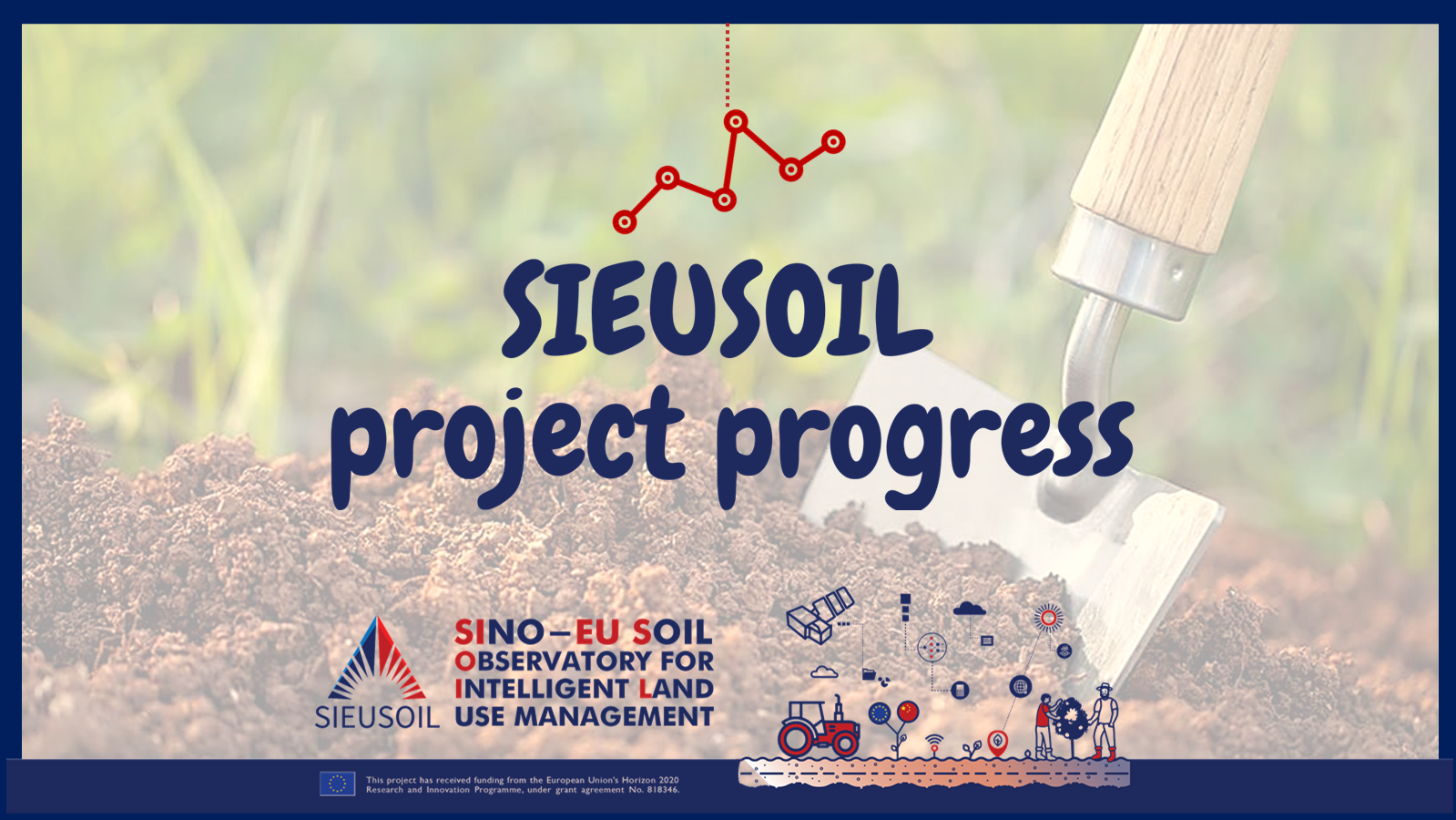 The project activities during the first 18 months were implemented according to the original plan. More specifically, collaboration has been established with key global stakeholders, including the Food and Agriculture Organization, the International Soil Reference and Information Center, the Joint Research Center and the European Environment Agency.

The original plan for the development of the Eurasian Platform exceeded all expectations. The impact of the results so far in terms of the Web Observatory Platform is, in some cases, even greater than expected. The data model developed with the SIEUSOIL’s and FAO resources, will not only be used for the purposes of the Eurasian Soil Platform. The data model developed has a world-wide impact.

Biophysical parameters derived from earth observations have been made available to pilot activities in Europe and China, and a set of biophysical quality indicators for soils and crops have been defined and their methodology established.

Accurate prediction models for the soil and its physical parameters have also been validated and Management Zone Maps, as well as variable rate fertilization have been obtained in some pilot farms. The prediction of Yield Productivity Zones with the support of satellites and their evaluation using farm machinery measurements, has attracted enormous attention in the scientific community.

In addition, certain parameters have been selected for the Land Suitability Analysis tool and its use in the pilot areas.

The specifications of the Decision Support System (DSS) and the prototype test version have been prepared. The connections among the various parameters it supports were also identified, as well as the dependencies on external data sources.

The innovations in SIEUSOIL Pilots 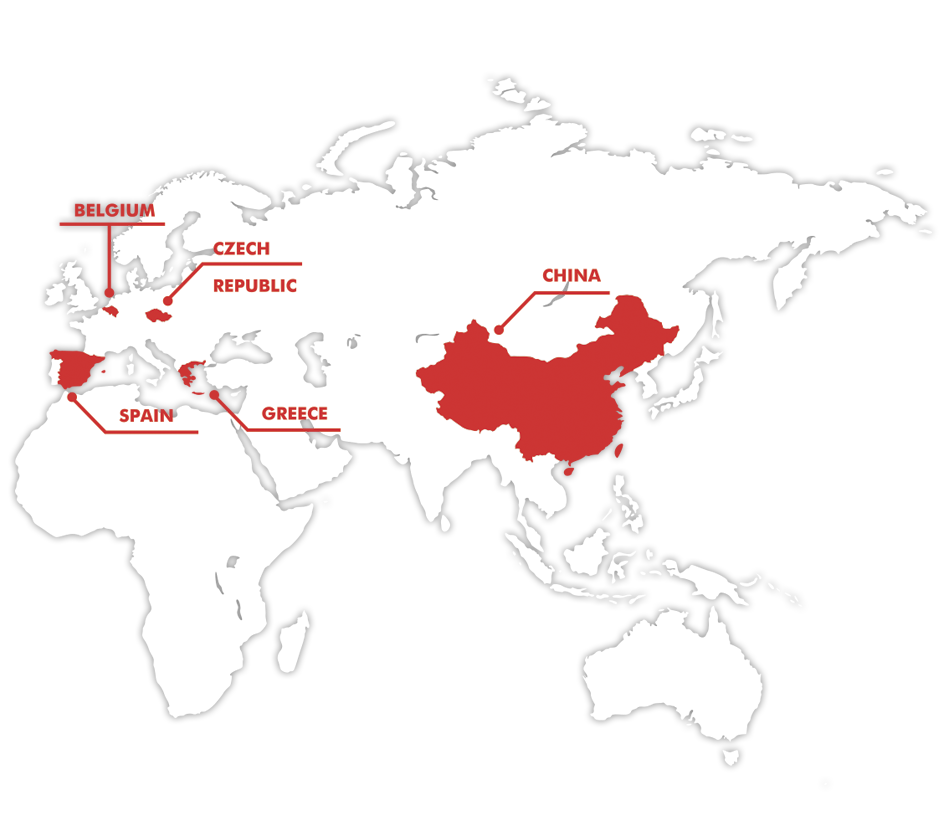 Pilots’ goal within SIEUSOIL is to evaluate the developed methods within the project by integrating, comparing, improving and exchanging technologies, farm and soil treatment practices across areas of EU and China.

More specifically, the following countries are working together on the SIEUSOIL project:

Each pilot addresses a different challenge and presents a unique innovation. 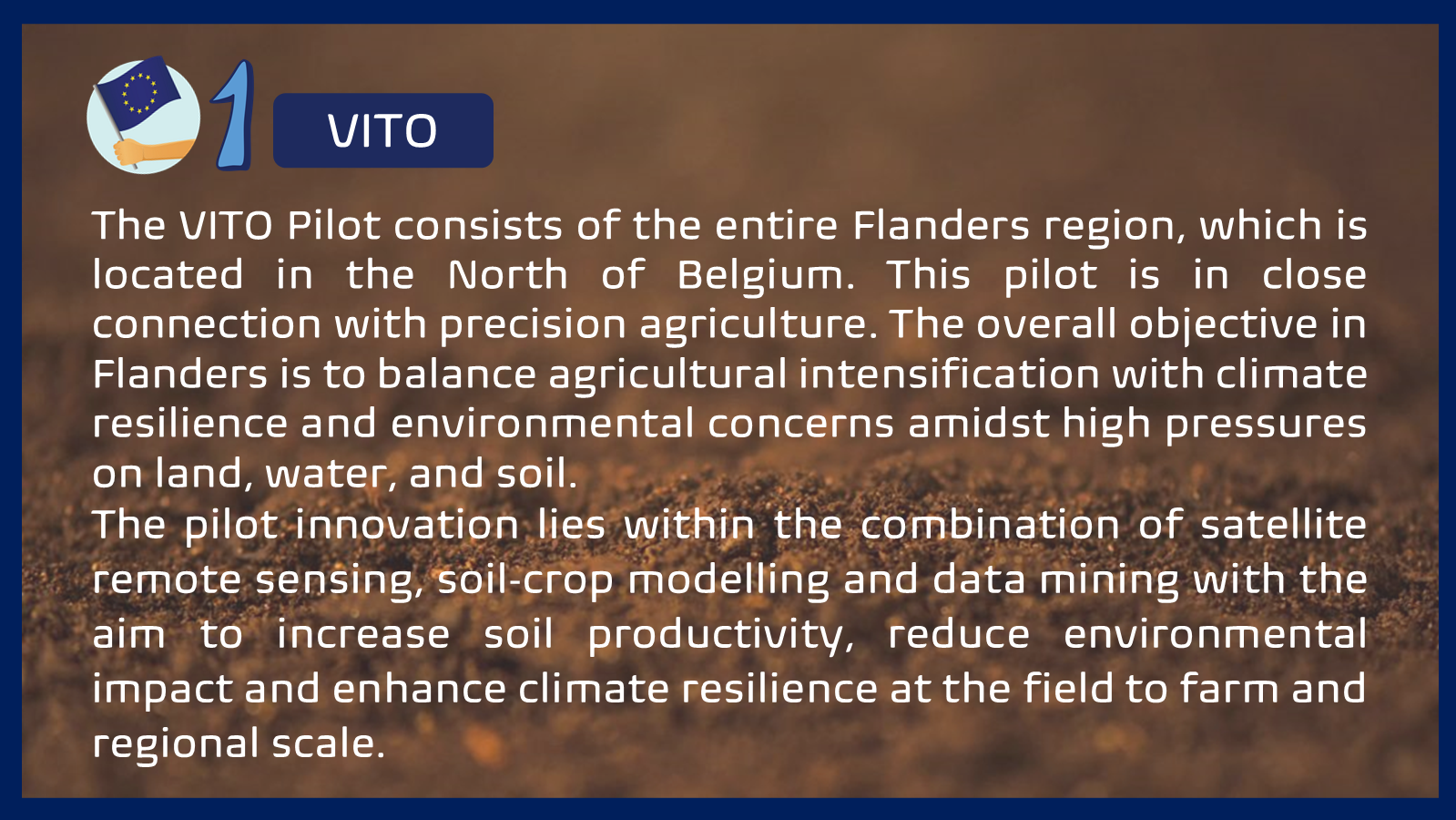 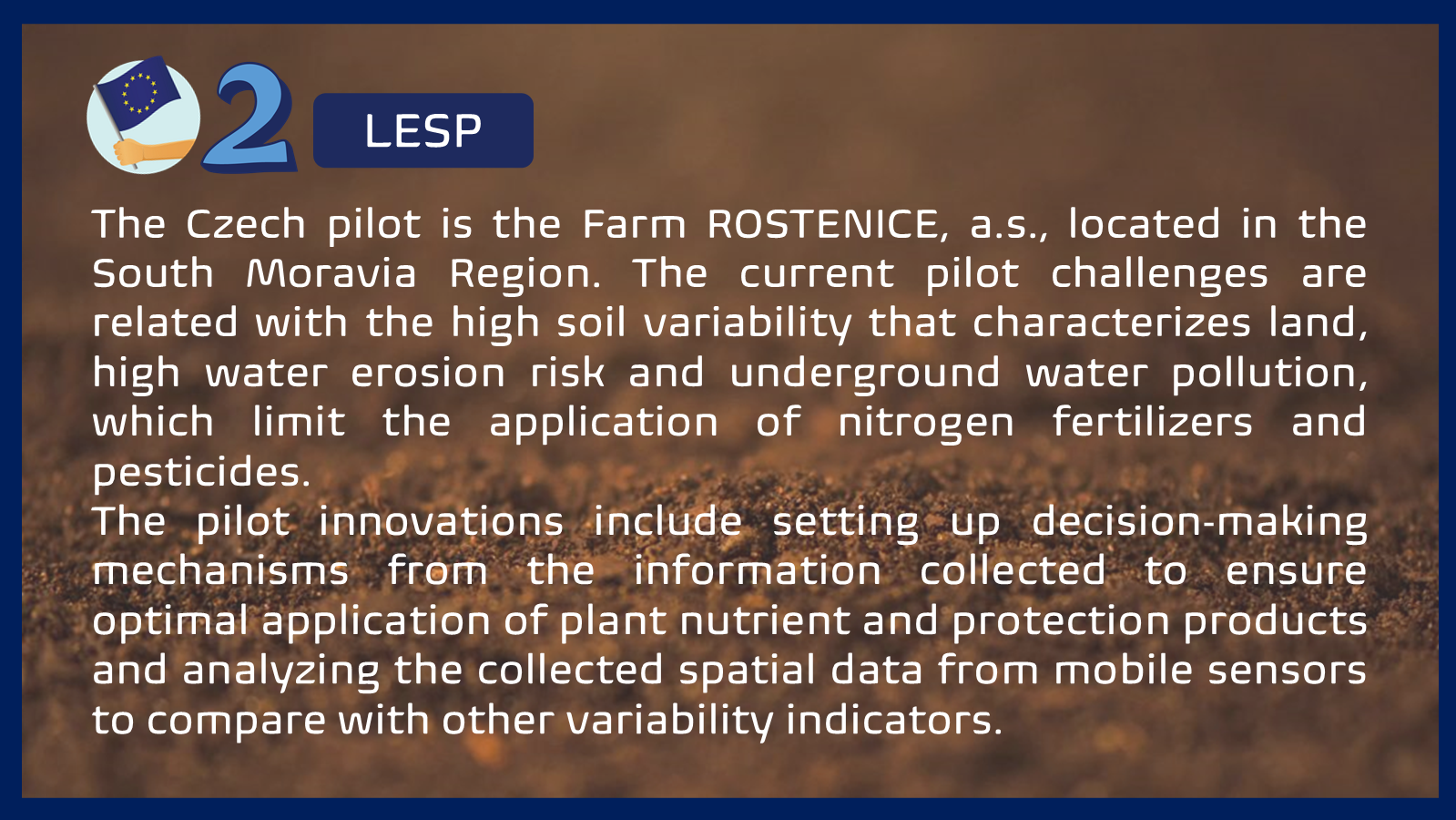 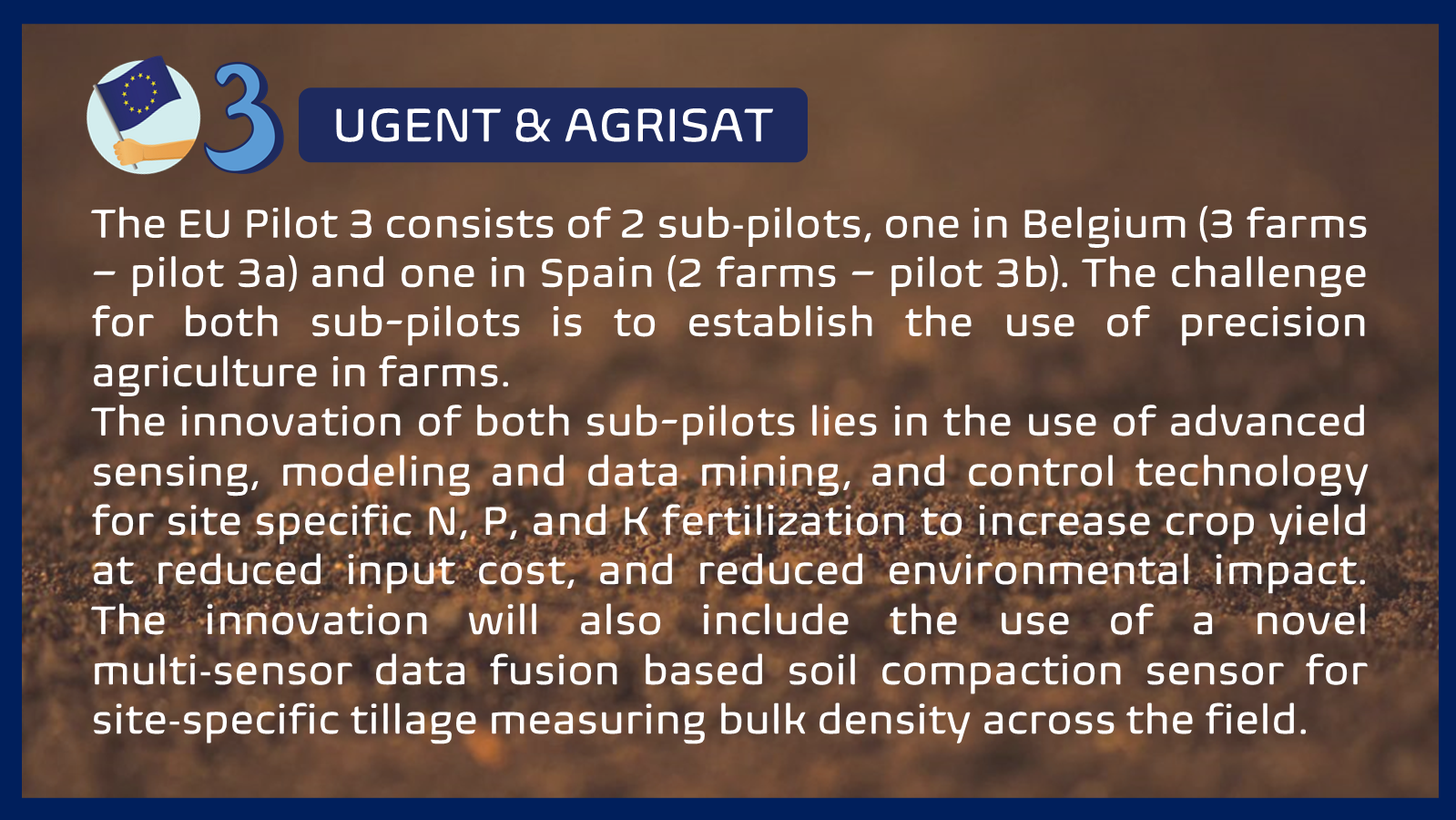 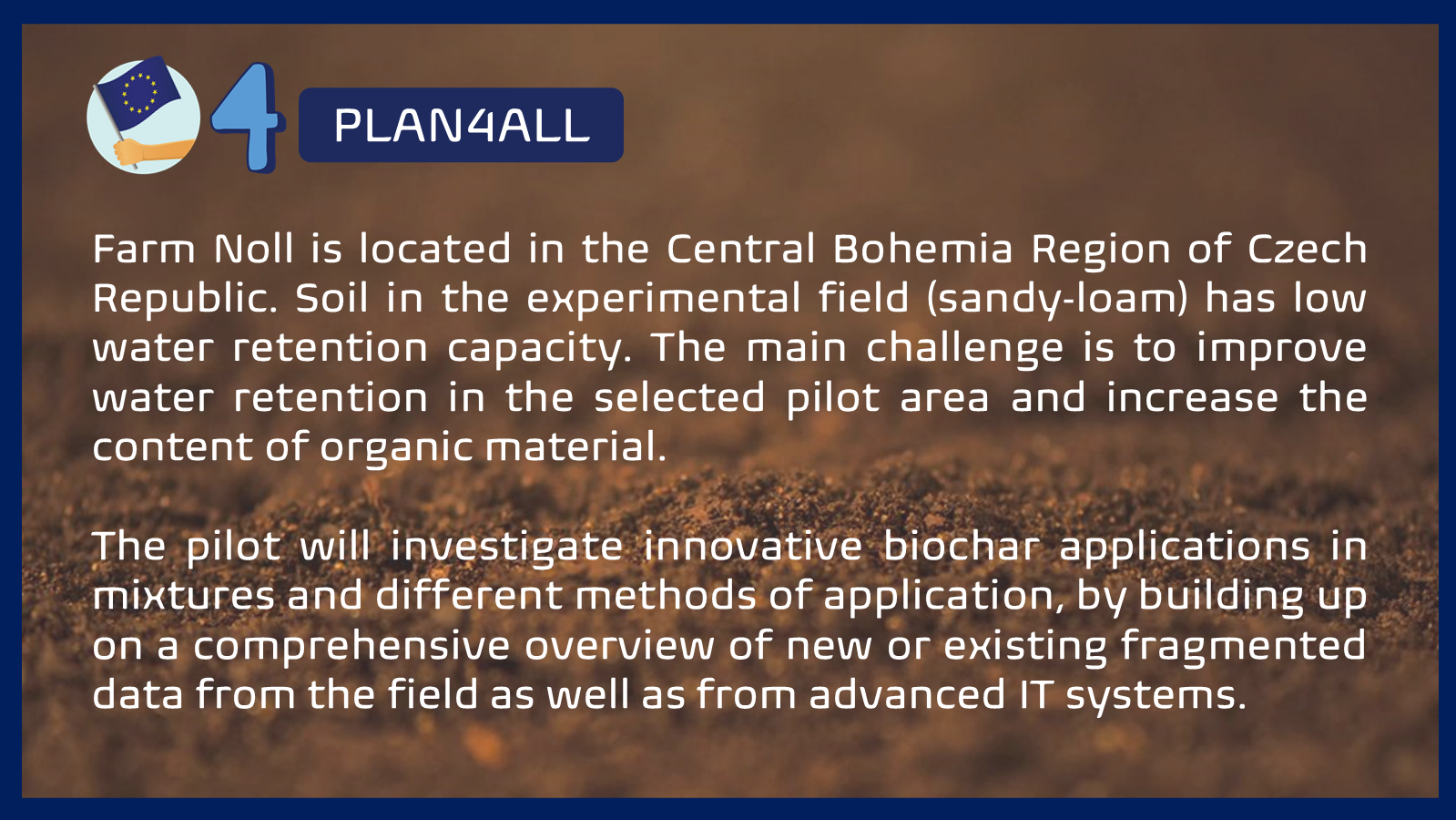 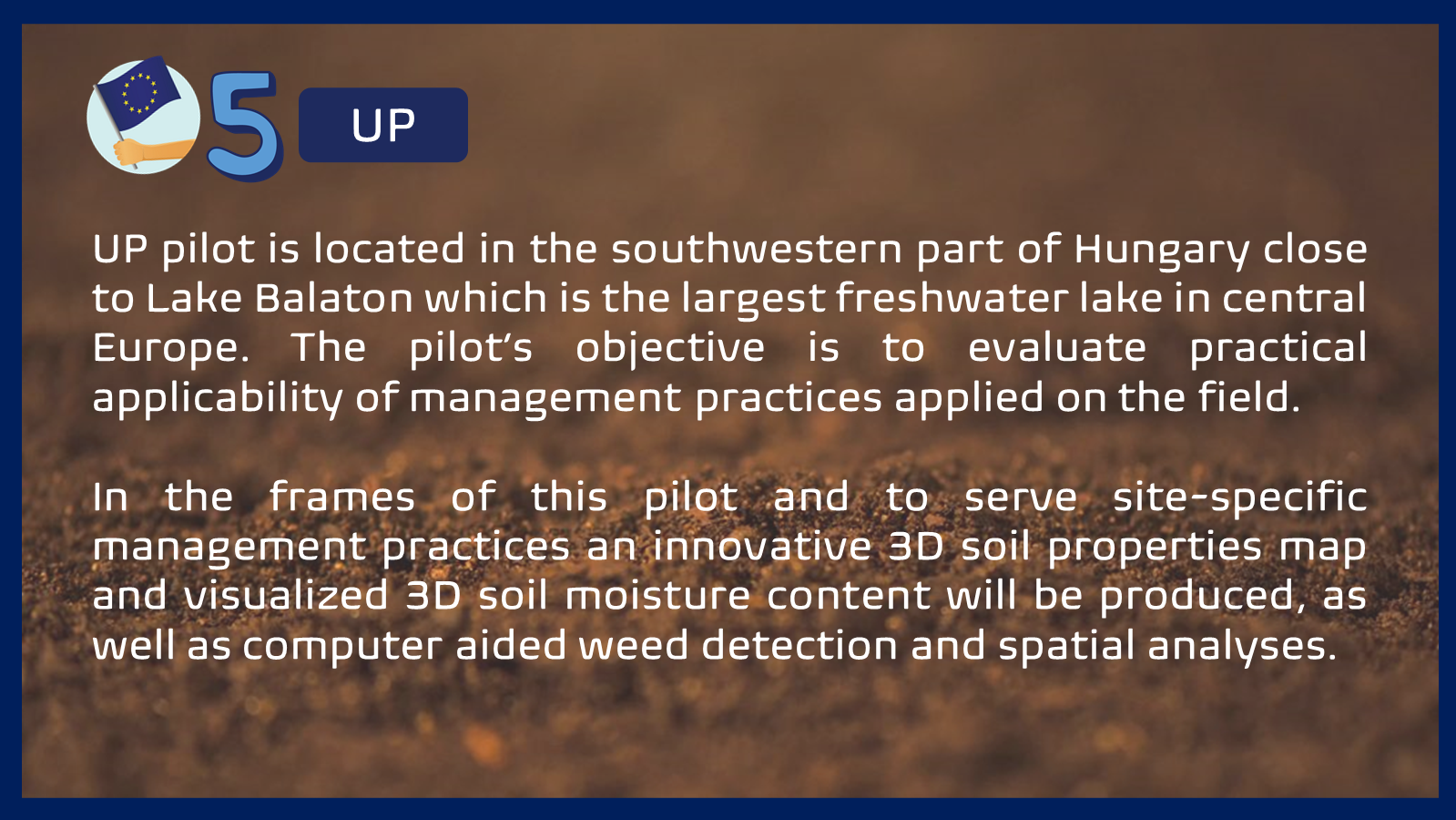 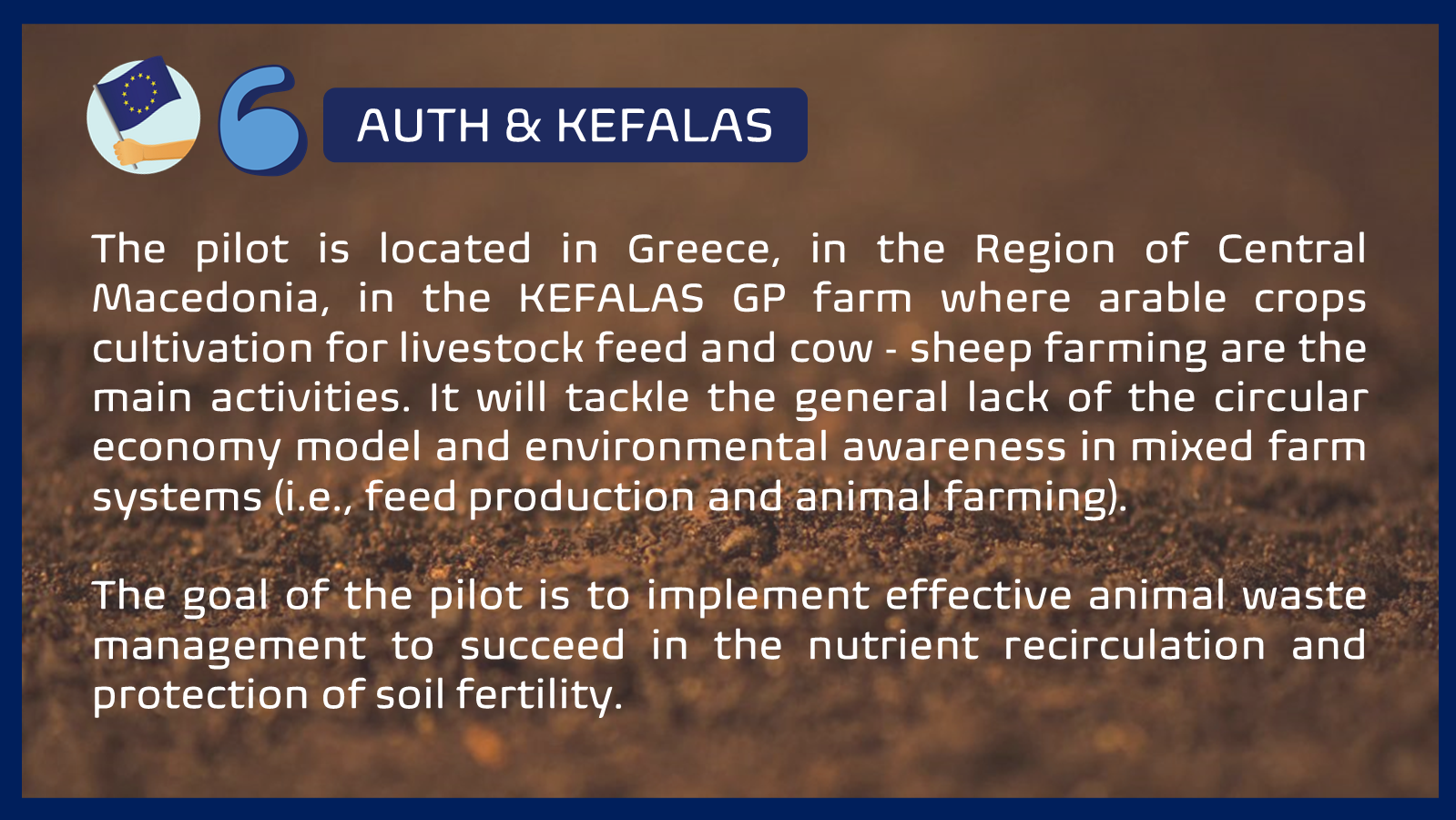 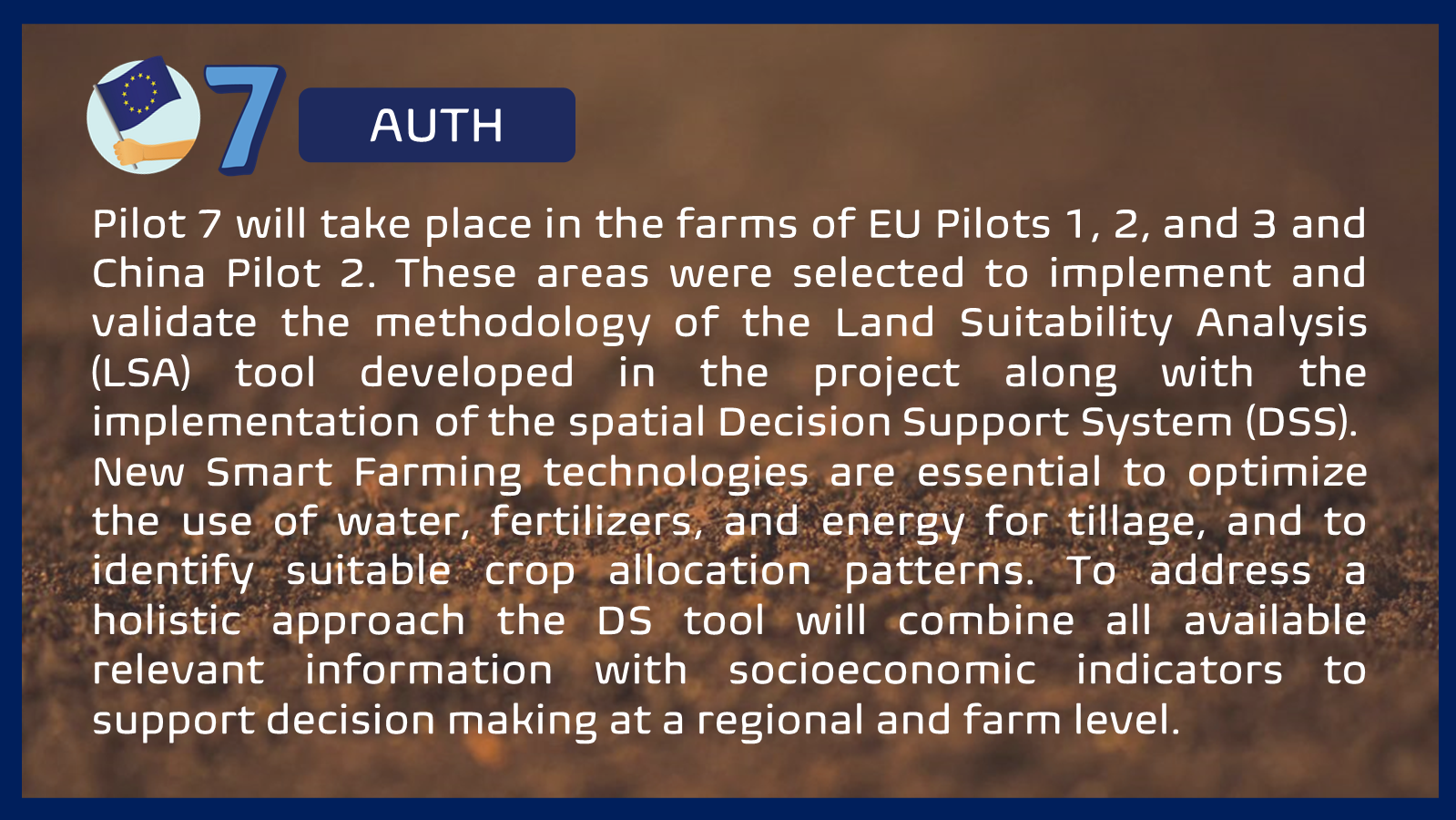 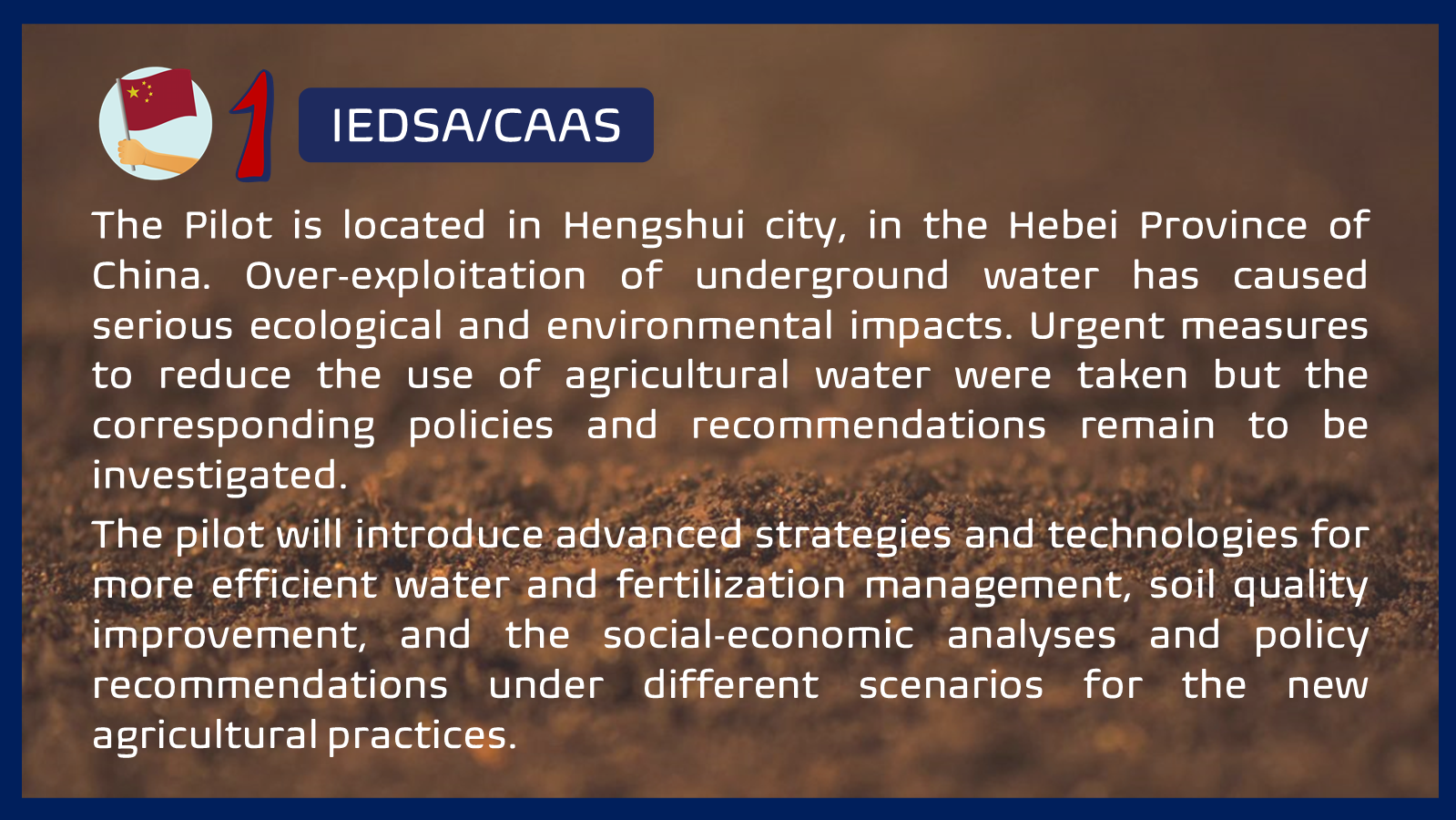 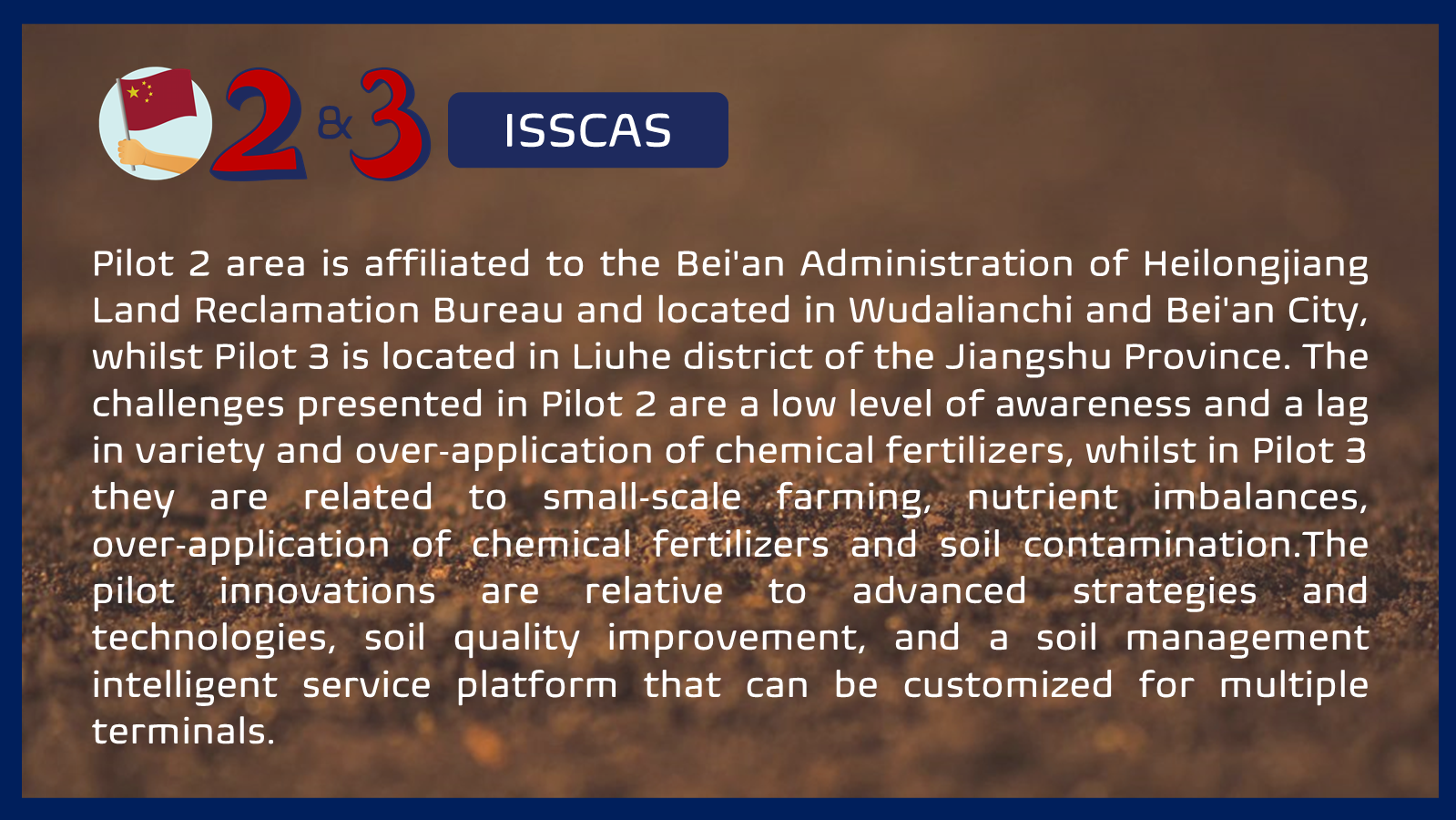 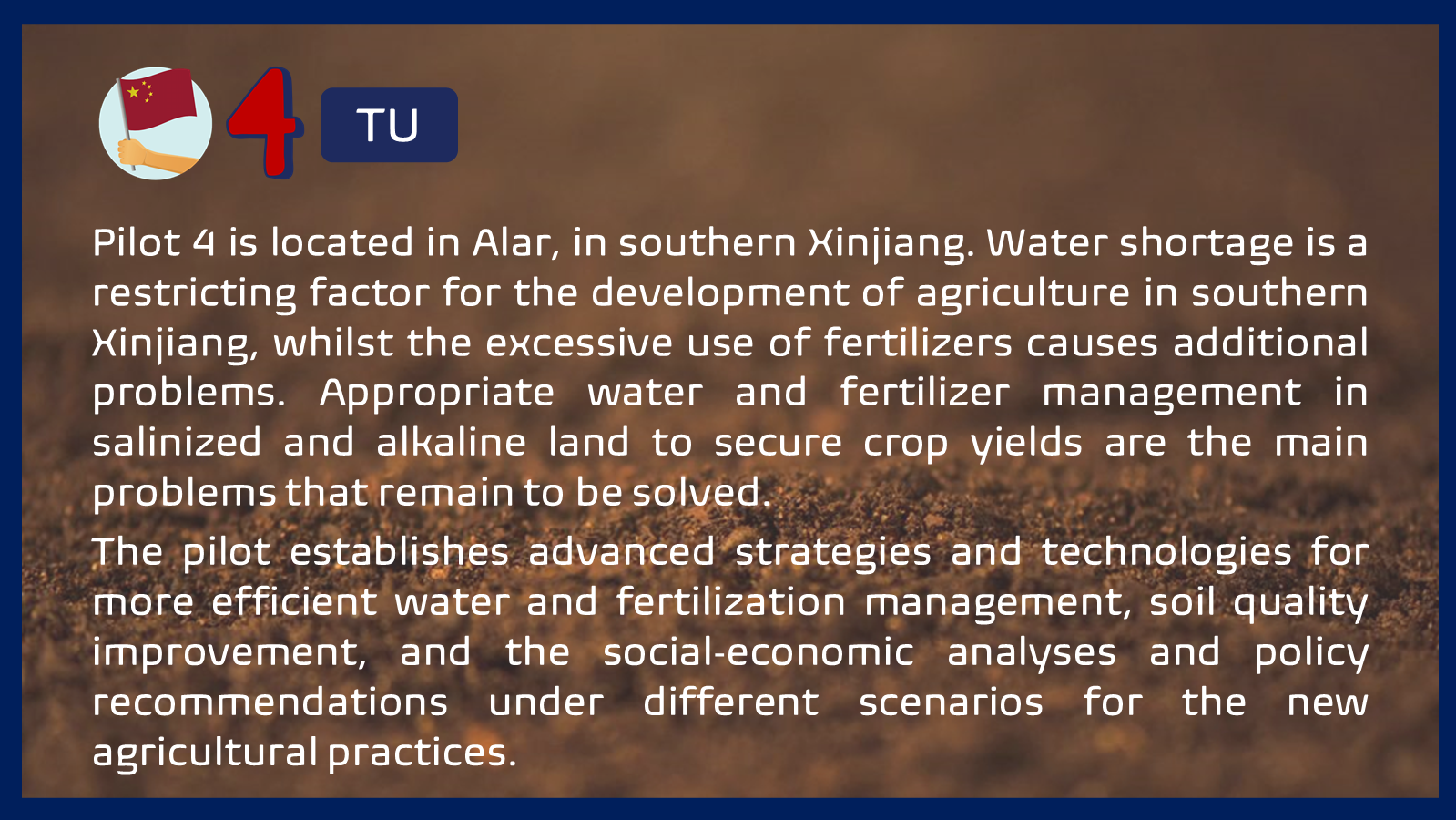 In the “Caring for soil is caring for life” mission…

The European Commission commission has published the interim report with the title: “Caring for Soil is Caring for Life” of the mission proposed by the Soil Health and Food Mission Board. The report states that the area of land with failure of soil health indicator due to: 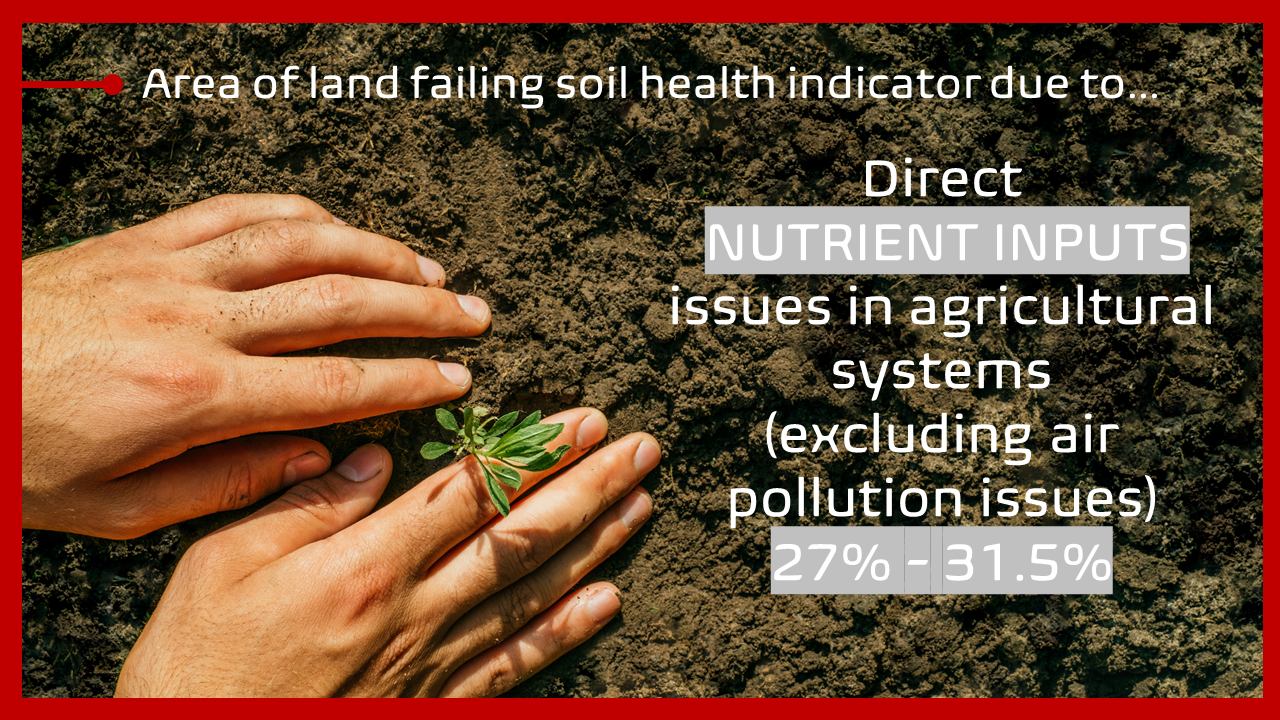 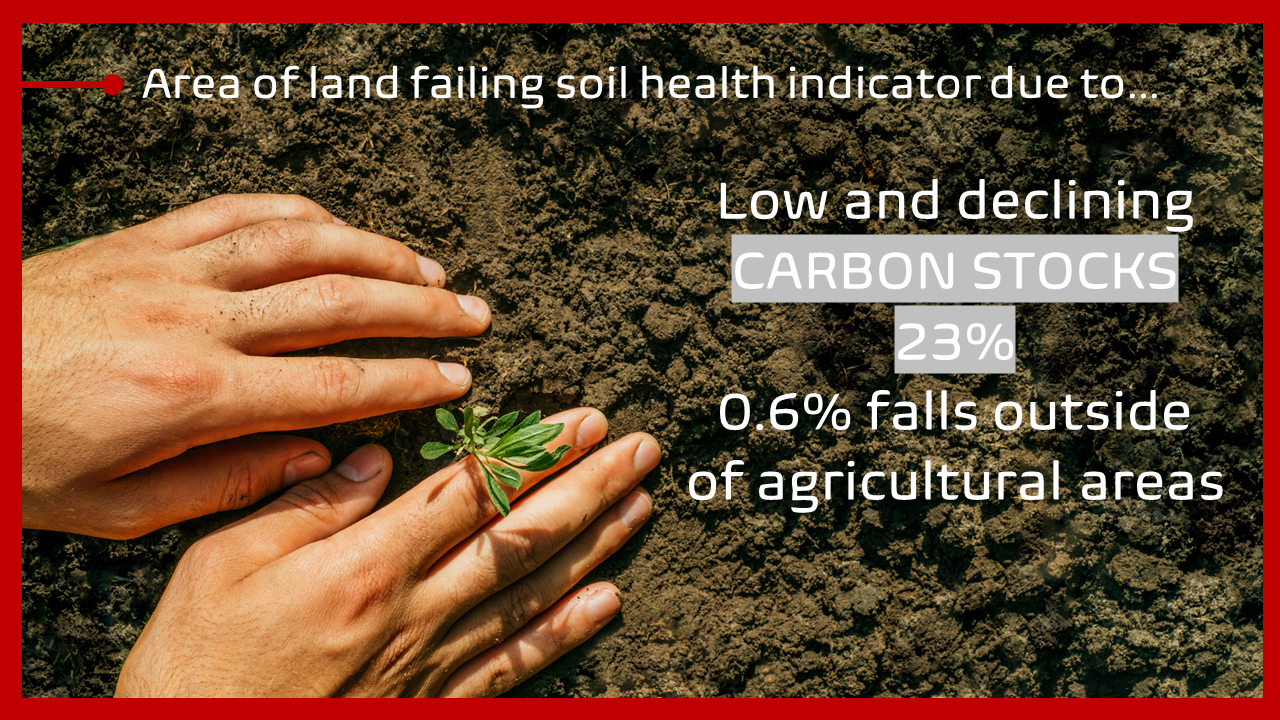 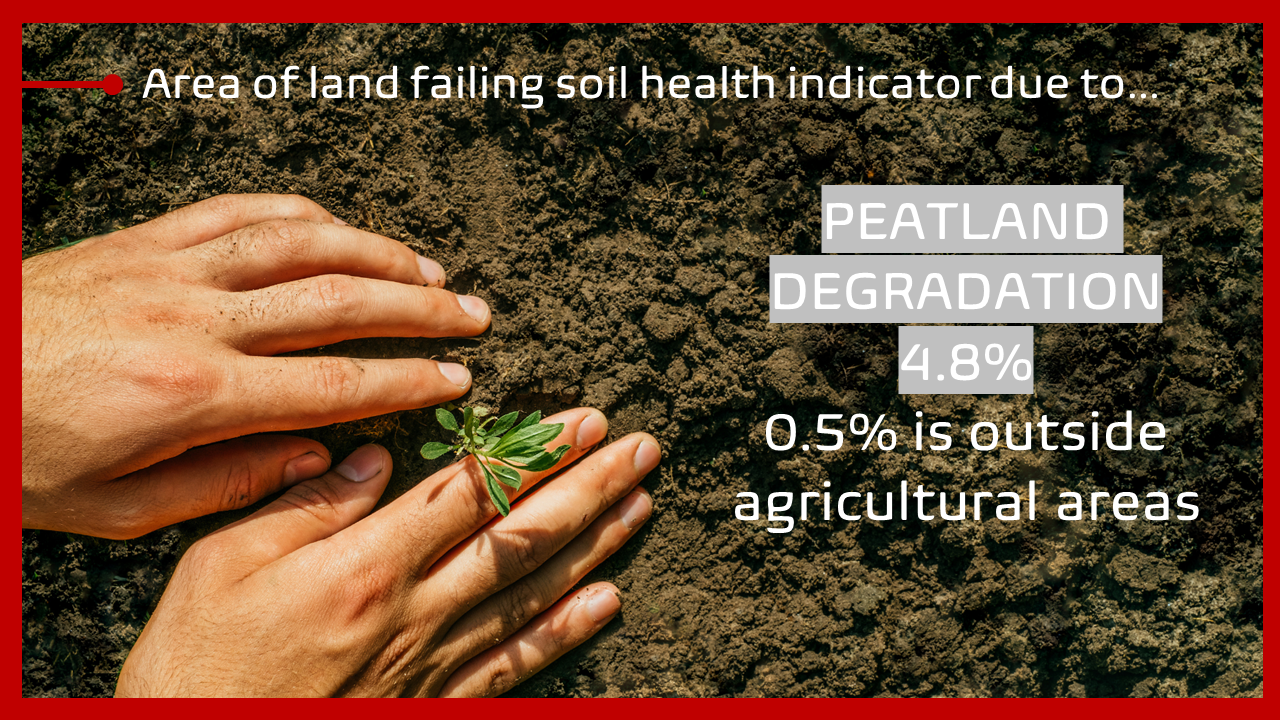 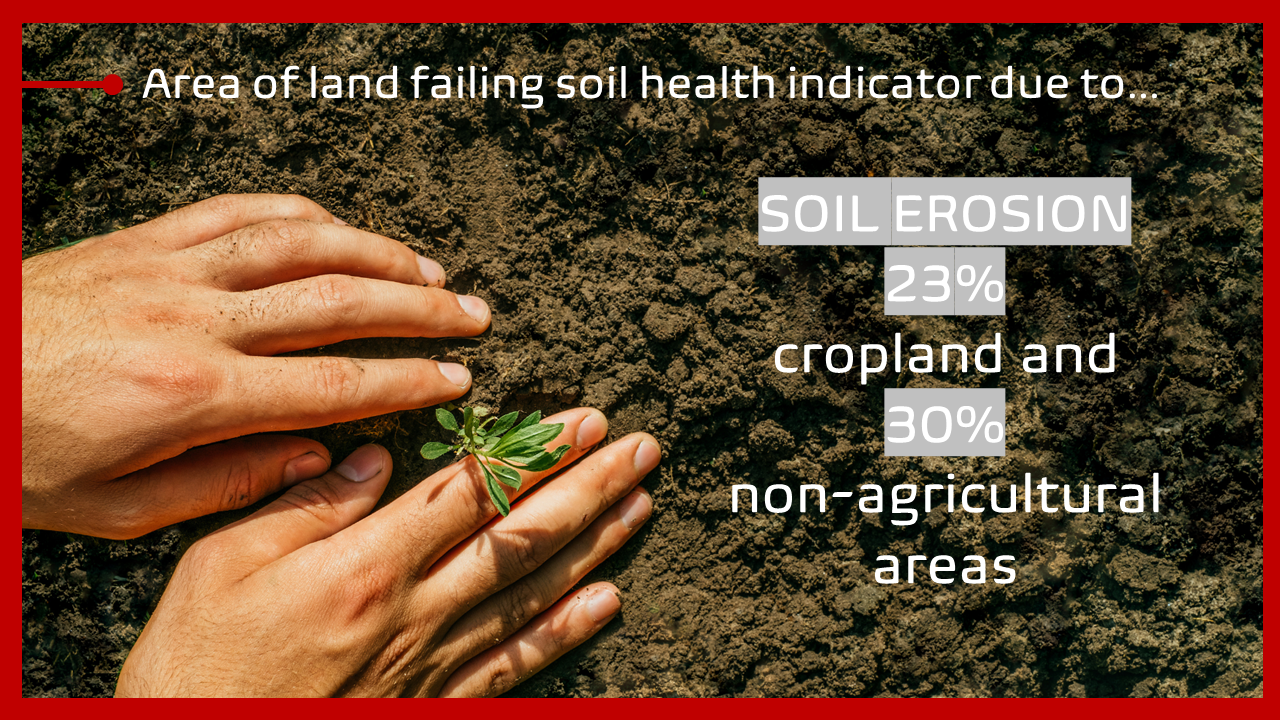 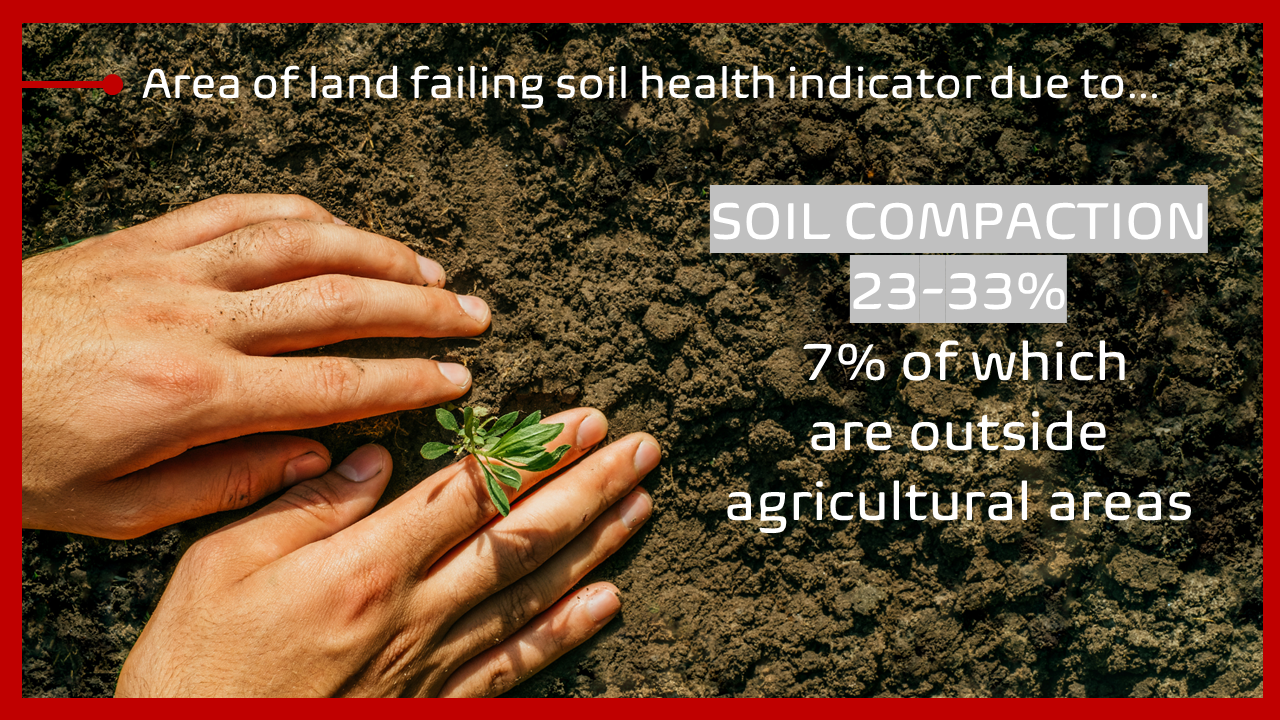 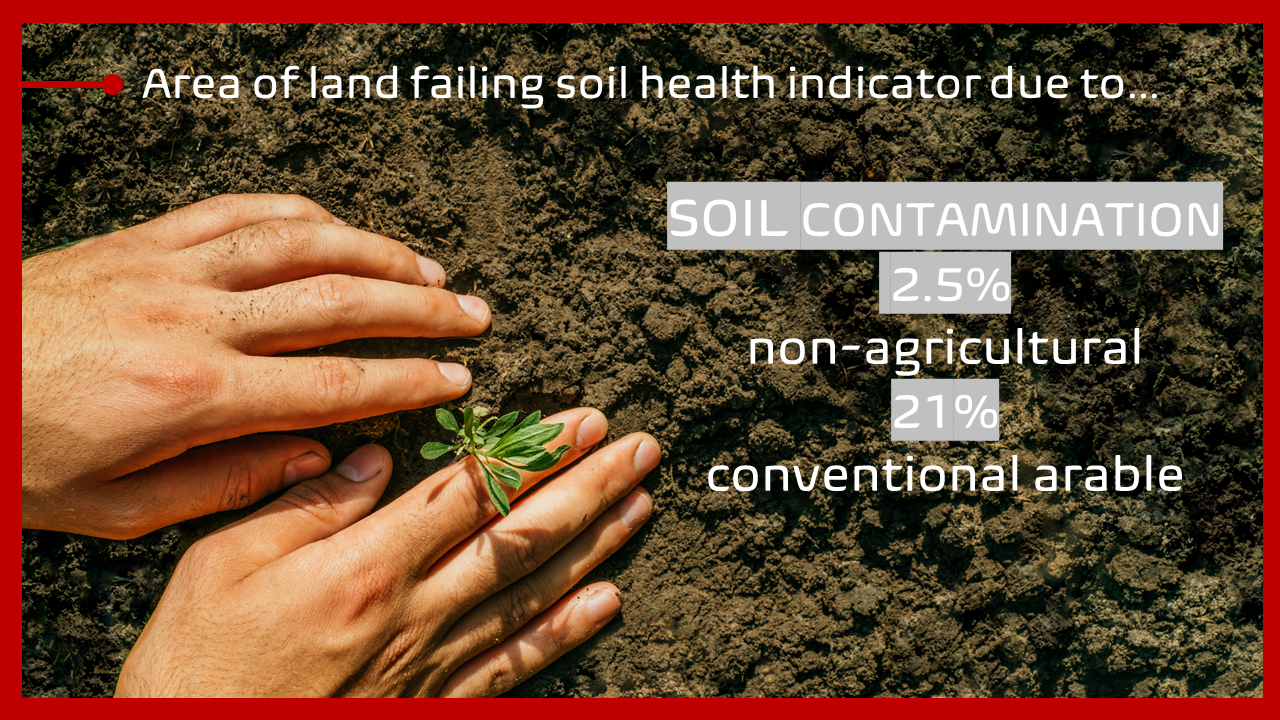 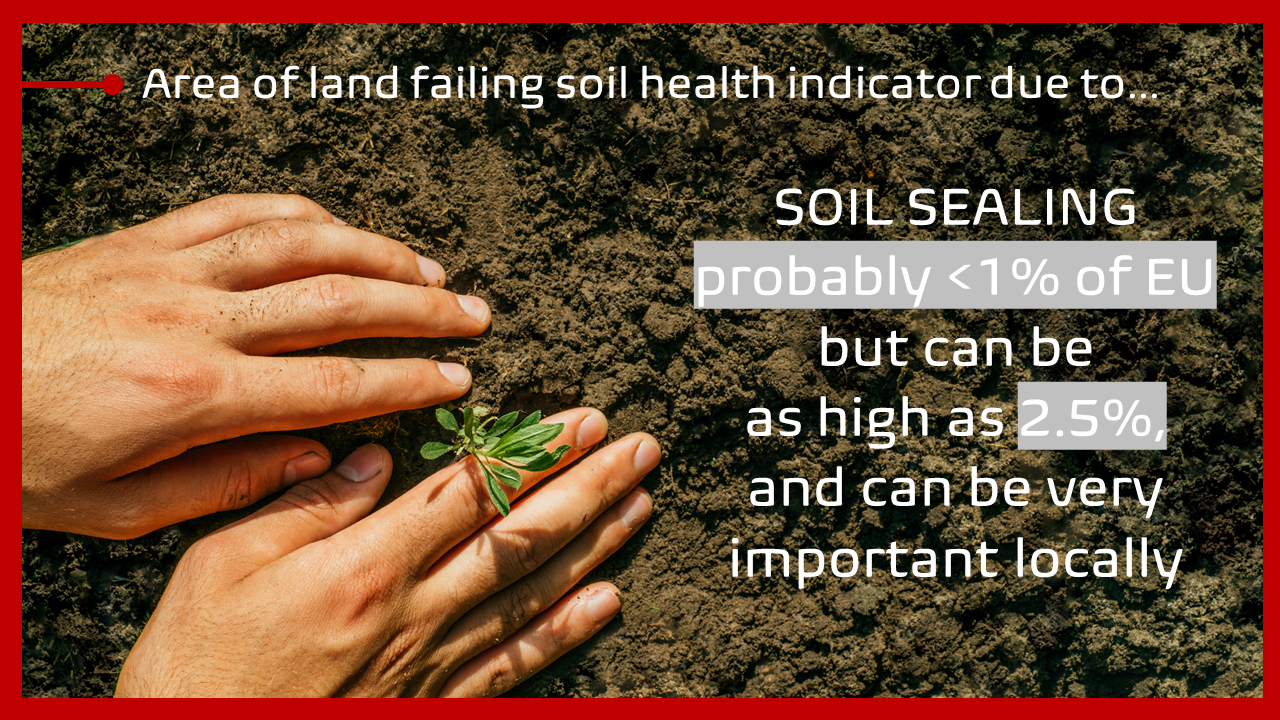 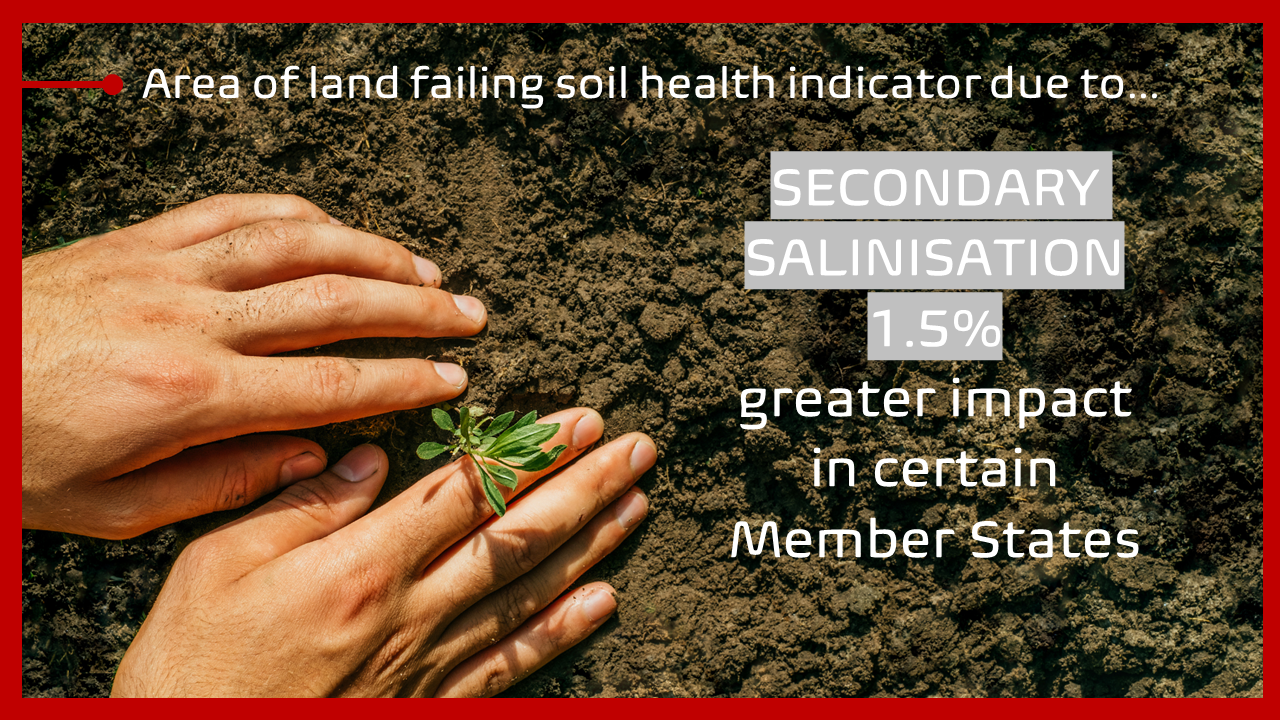 In case you missed

In case you missed

Special Issue on Remote Sensing published
Don’t miss on this month’s special issue of MDPI issue on Remote Sensing. The editorial on Estimation and Mapping of Soil Properties Based on Multi-Source Data Fusion is produced by our SIEUSOIL partners Prof. Abdul Mounem Mouazen (Ghent University) and Prof. Shi (Zhejiang University) based on an analysis of EU-China relative research. Find out more here.

Special Issue in MDPI journals
MDPI journal is collecting papers for its Special Issue “Land Use Mapping as the Base for Modeling and Earth Oriented Digital Twins”. The call for papers is related to existing land use and land cover (LULC) models. The journal will also be focused on modeling and AI tools dealing with LULC. Interest in papers is focused on the use of remote sensing for detection changes, usage of HPC and cloud computing for modeling and analysis of land-use changes, and on paper demonstrations of the use of LULC in different domains. Click here for more details.

SIEUSOIL getting published…
The International Journal of Geo-Information has published an Article on “Machine Learning-Based Processing Proof-of-Concept Pipeline for Semi-Automatic Sentinel-2 Imagery Download, Cloudiness Filtering, Classifications and Updates of Open Land Use/Land Cover Datasets” presenting results produced by the Masaryk University in the frames of the SIEUSOIL project. Download here the article. 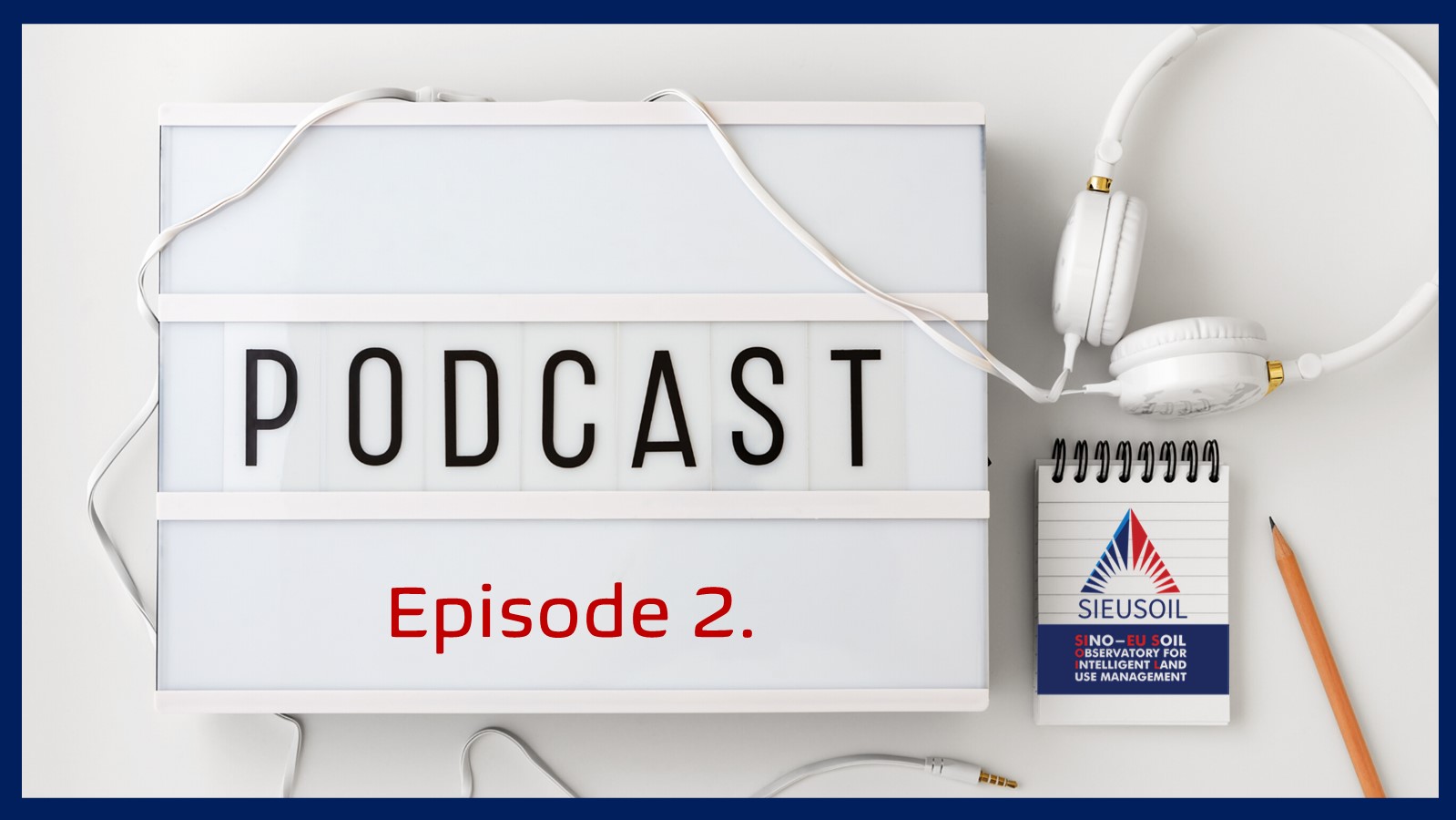 The second SIEUSOIL podcast is live…

Listen in the project progress and how SIEUSOIL is identified

with the EU’s strategic research agenda on soils for the years to come.

Check it out here. 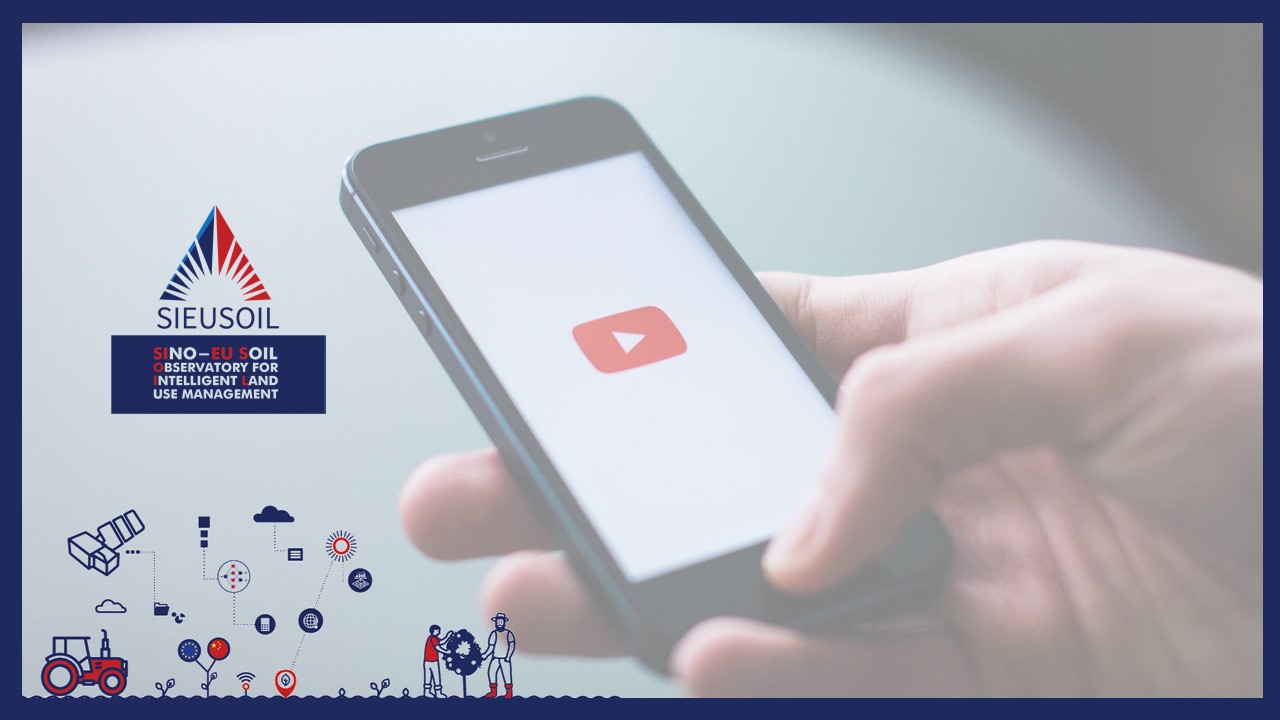 Check out our Latest Videos…
SIEUSOIL in a nutshell

Thematic maps of soil and crop characteristics including crop yield

What can you do to stop soil biodiversity loss?

Why is soil biodiversity important?

To watch all SIEUSOIL videos visit our YouTube channel.

What we are reading

What we are reading

Artificial Intelligence is growing in the Agriculture Market 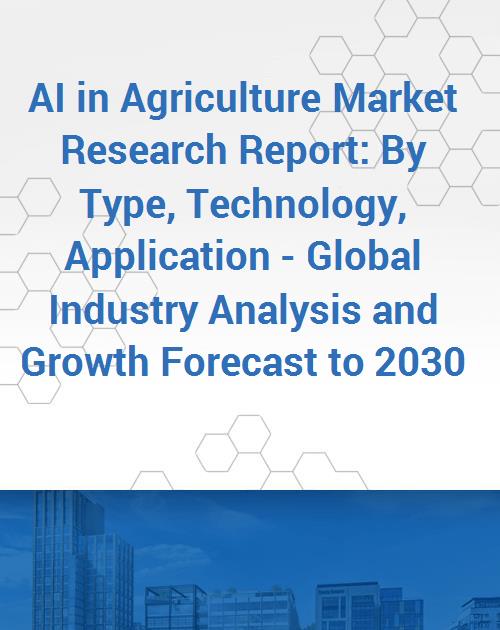 ResearchAndMarkets.com has published a report on “Artificial Intelligence in Agriculture Market: By Type, Technology, Application – Global Industry Analysis and Growth Forecast to 2030”.

As the population across the globe has been growing, the demand for agricultural products has been growing as well. In order to cater to the needs of this increasing population, the agriculture industry has been making use of advanced technologies, including the artificial intelligence (AI), for increasing efficiency and productivity on fields. Attributed to this, the global AI in agriculture market is expected to register substantial growth in the near future.

The revenue generated in the global AI in agriculture market share is expected to increase to $11,200.1 million in 2030 from $671.6 million in 2019, at a 30.5% CAGR during 2020-2030. On a geographical basis, Europe and North America dominated the AI in the agricultural market in 2019, with a combined revenue share of around 70.0%. During the forecast period, the highest CAGR would be witnessed in Asia-Pacific (APAC), as the developing countries in the region, including China, India, Thailand, and Indonesia, are rapidly integrating agricultural robots, drone analytics, precision farming, and other advanced techniques to raise the productivity of farms.

The SIEUSOIL consortium is formed by a multi-disciplinary international team of experts from 23 institutions in Europe and China, specializing on conservation agriculture, soil science, environmental engineering, data and process modelling, LCA, semantics-based data harmonization, remote sensing, IoT, sensors and data fusion, DSS, machine learning and deep learning. Our team will be more than happy to answer to your questions or provide more info on the project. 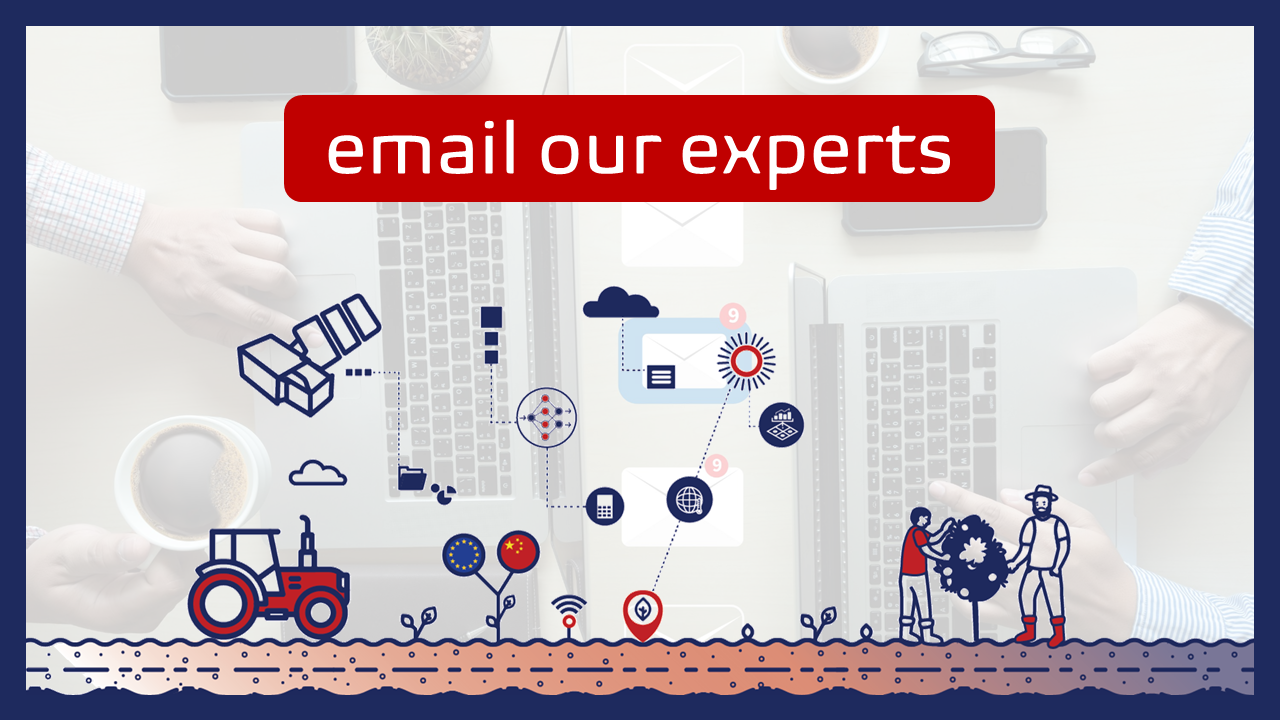 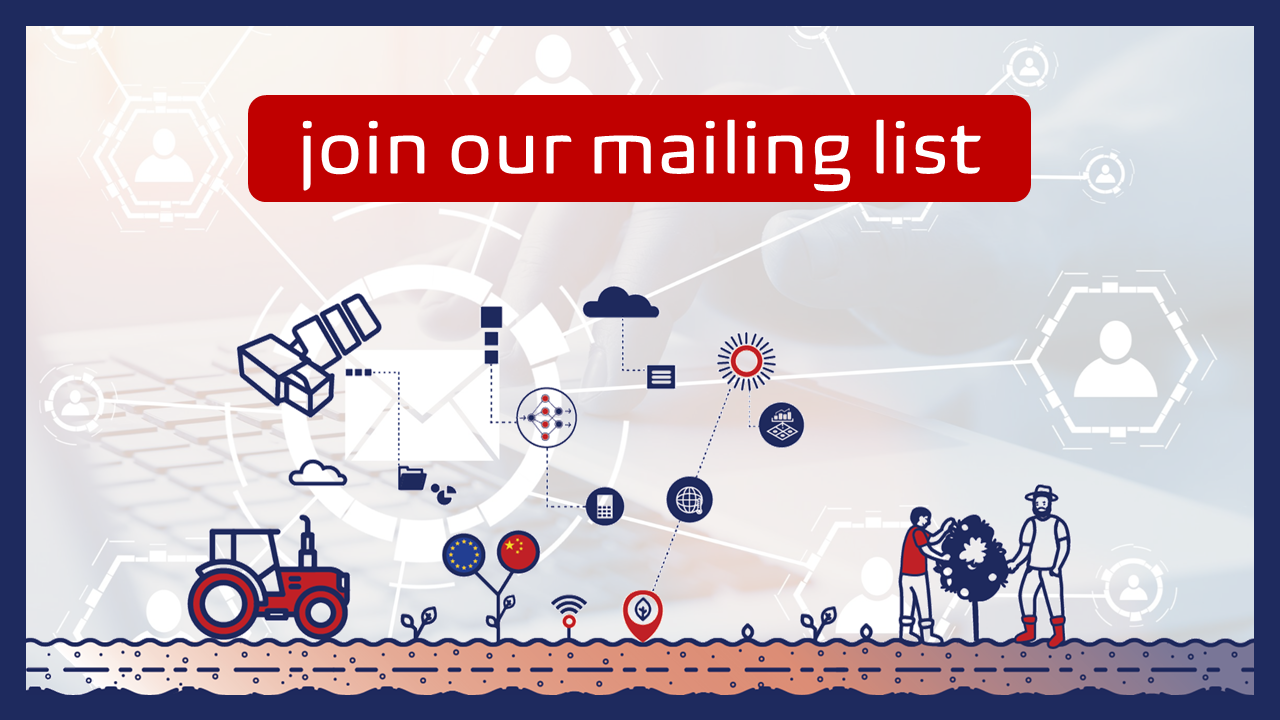